My journey into sales began with Star Wars. Star Wars action figures to be exact.

An excerpt from Hustle: A Guide to the Ethical Art of Selling & Survival.

Sales 101 Started When I was Seven

I was fortunate to be returned to my mother after a few months in a foster home. It didn’t mean life was going to be simple, though. We moved a lot when I was a kid. Mom and I lived in 20 different apartments before I was 10 years old. It helped me get to know the city, but it made holding onto my prized possessions tough.

Daren and I didn’t have a lot of toys as kids, so the few we had, we loved. My G.I. Joe and WWF action figures were holy relics. And the oily palm print I got imprinted on a piece of paper (after slapping Davey Boy Smith, the “British Bulldog,” on the shoulder at a WWF event) had massive value to me.

For my brother, it was his Star Wars action figures. I’ll never forget Daren’s Star Wars collection. It was awesome. He kept nearly every original action figure in a Darth Vader carrying case for safe keeping.

As it turns out, they weren’t safe there.

At age seven, I was starting to understand the world around me and I figured there was a considerable market out there for the mint-condition figures. Star Wars was on the lips of every warm-blooded North American male.

One Saturday morning after cartoons, when Daren wasn’t around and Mom was busy, I took the Darth Vader carrying case outside to our townhouse complex. I’d seen people come to the door selling cookies before and wondered if I could do the same thing with the Star Wars figures. We always seemed to need extra money for an emergency cab ride or groceries and this seemed like a good way to make some.

I walked door to door around our cul-de-sac, bartering and selling his action figures for pieces of candy, loose change and anything interesting somebody offered up.

When I got back home, I had a serious collection of loot and felt a huge rush of excitement. I was proud of my selling! My brother, on the other hand, was understandably not.

That surge of pride and sense of accomplishment was a high I’ve chased ever since. Something magical happened in that moment. The feeling that fed my spirit in the moment was independence. I am forever, unabashedly, wholeheartedly, deeply obsessed with my next breath of accomplishment. My next deal. My next win. My next taste of independence.

I’ve had to learn the hard way that these urges can’t be satisfied by other means. At times it’s been relationships, alcohol, religion and even brushes with the law. All of those have been relatively temporary. Relative, that is, compared to selling. Relative to hustling for a life that’s just a little bit better tomorrow.

Recently, I tracked down every one of those original Star Wars figures and the Darth Vader carrying case online and gave it to Daren for Christmas. It didn’t totally make up for my indiscretion at age seven, but it didn’t hurt.

What is your story? How did you get your start in sales? 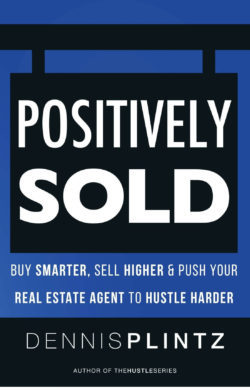